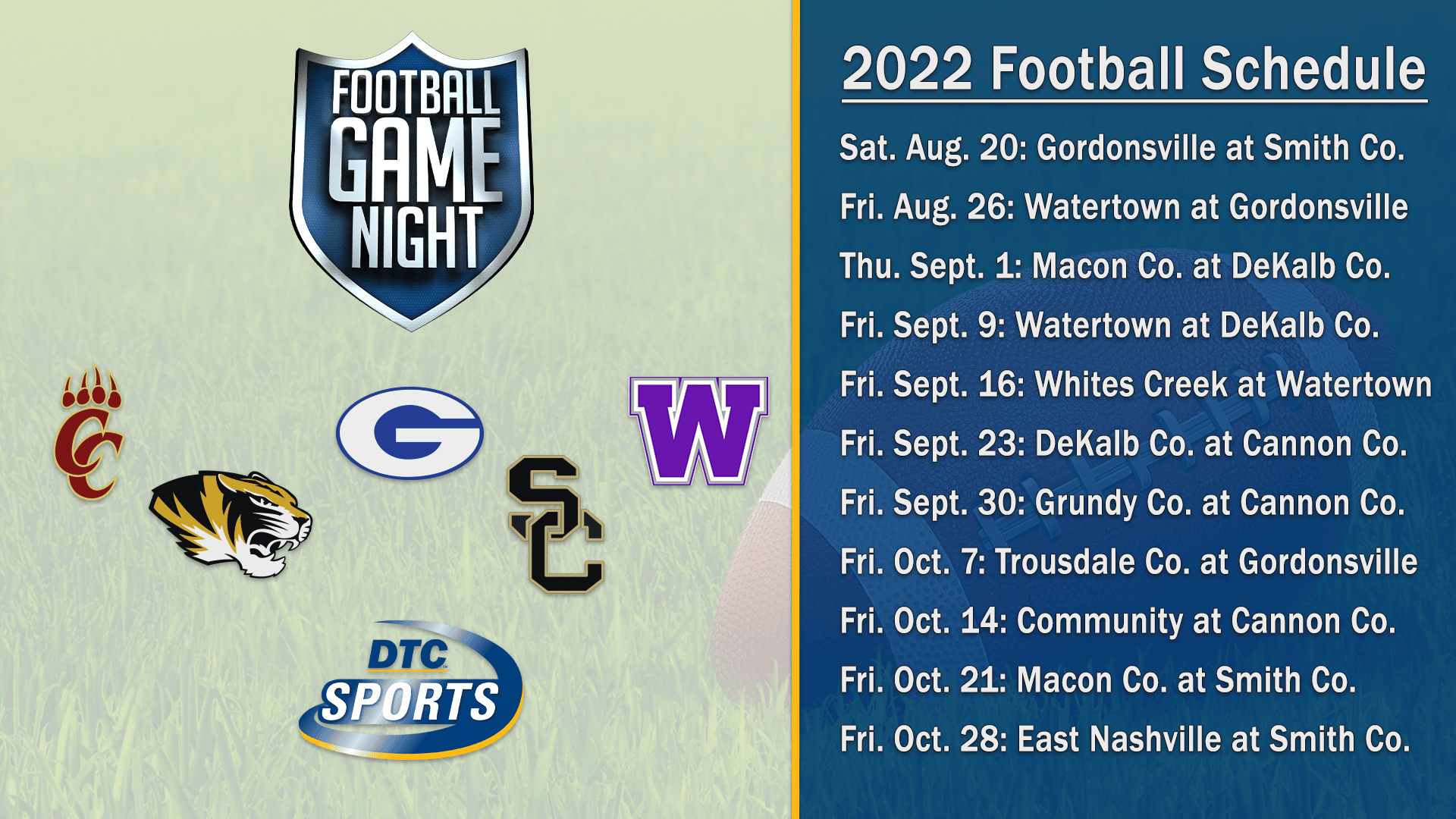 The 2022 Tennessee high school football season doesn’t kick off until August, but DTC Sports is excited to announce coverage for the fourteenth consecutive season. Since 2009, DTC Sports has been bringing your action every week of the high school football regular season. For the 2022 season, DTC Sports will be back in action to provide live coverage of eleven games during the upcoming regular season. These games will air live on DTC3, online at www.dtc3.tv, and via Facebook Live on DTC Communications’ Facebook page, each game night, with multiple replays set to air on DTC3 the following week of each broadcast.